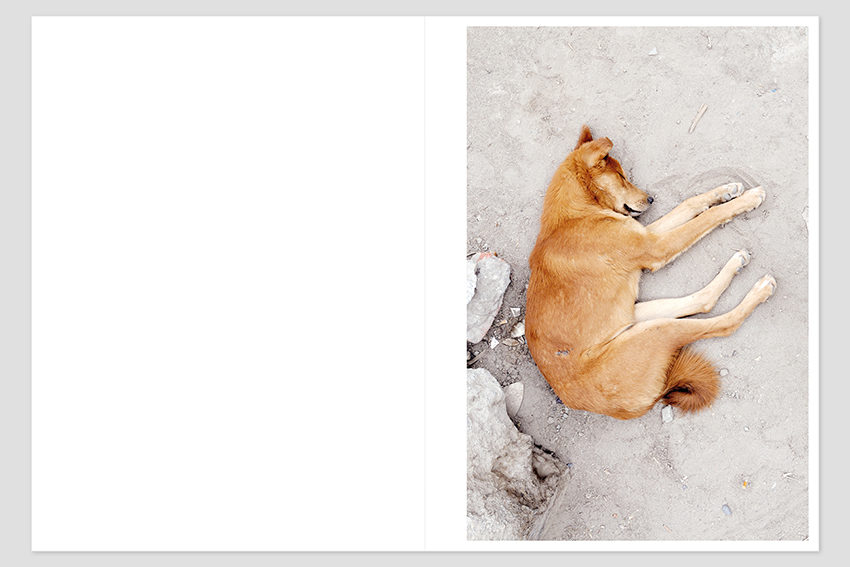 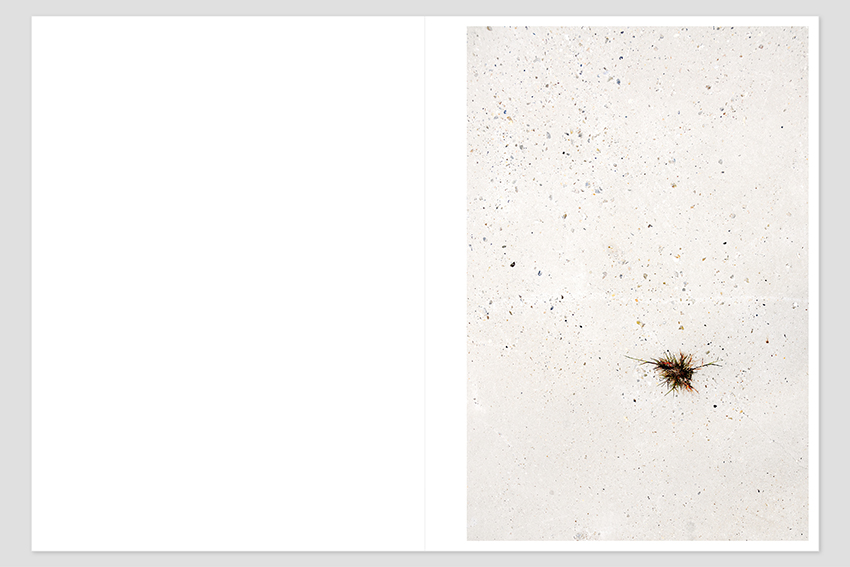 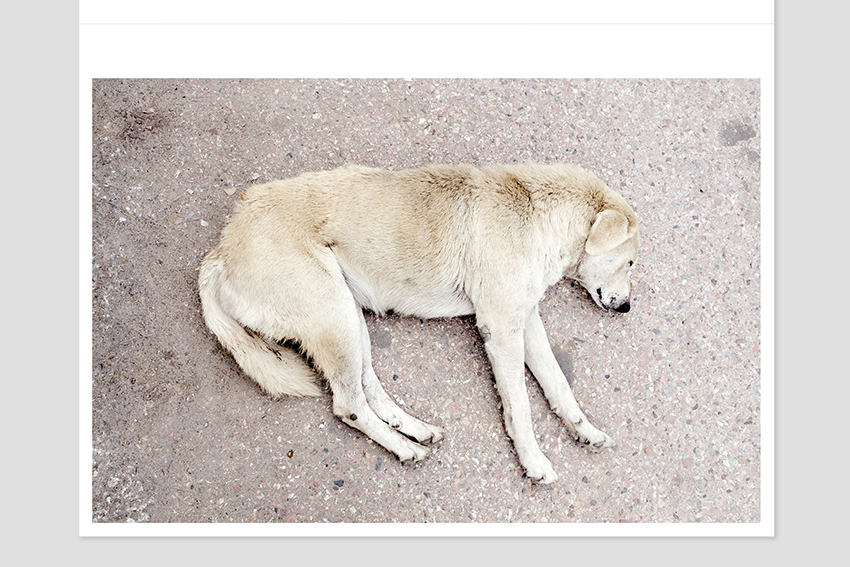 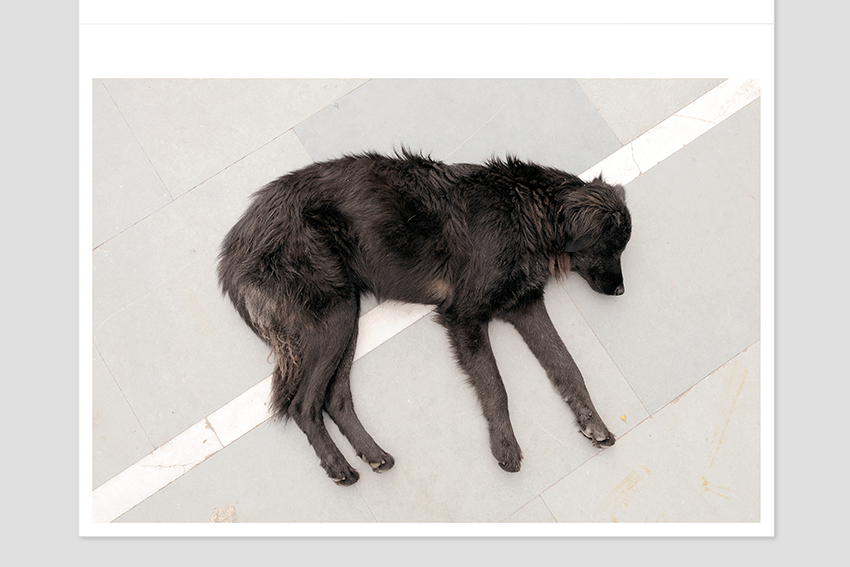 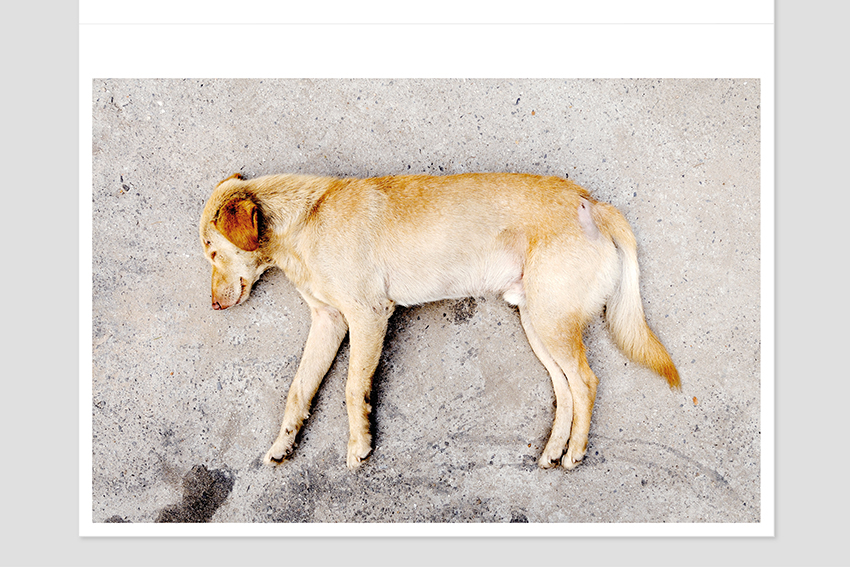 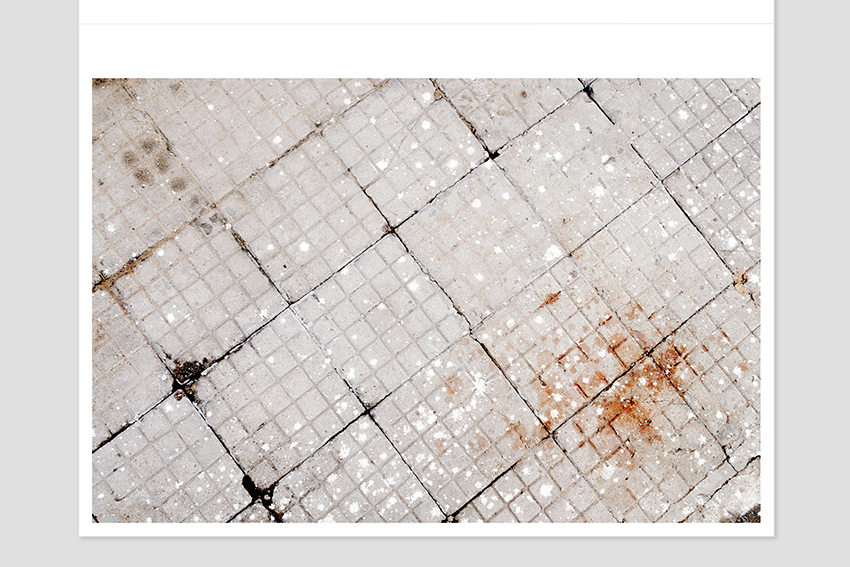 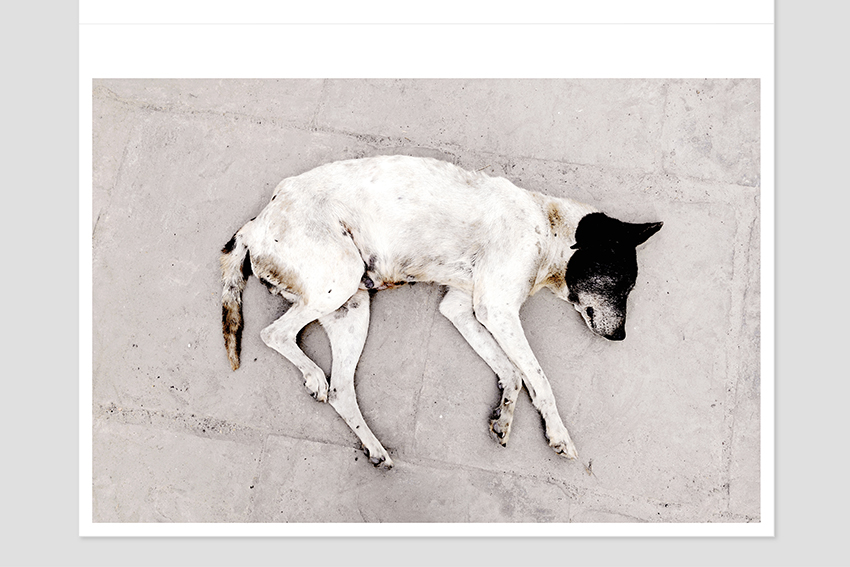 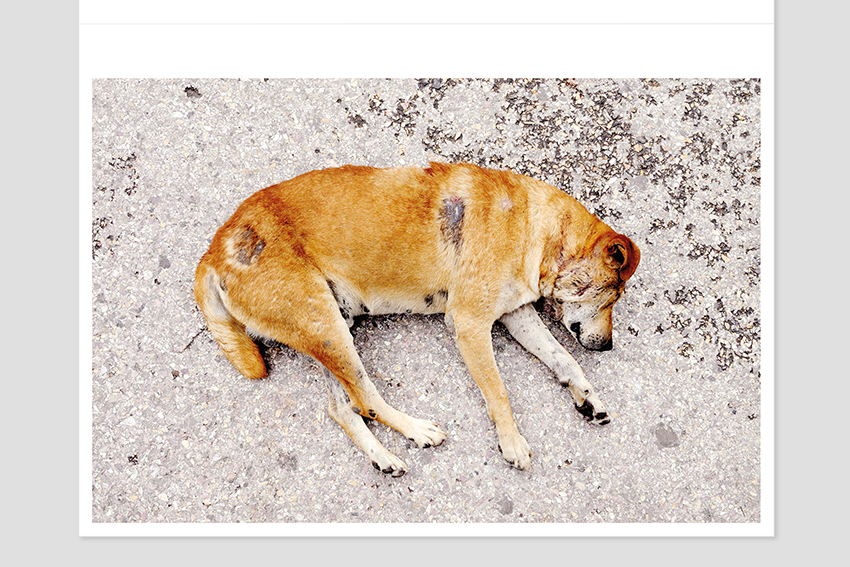 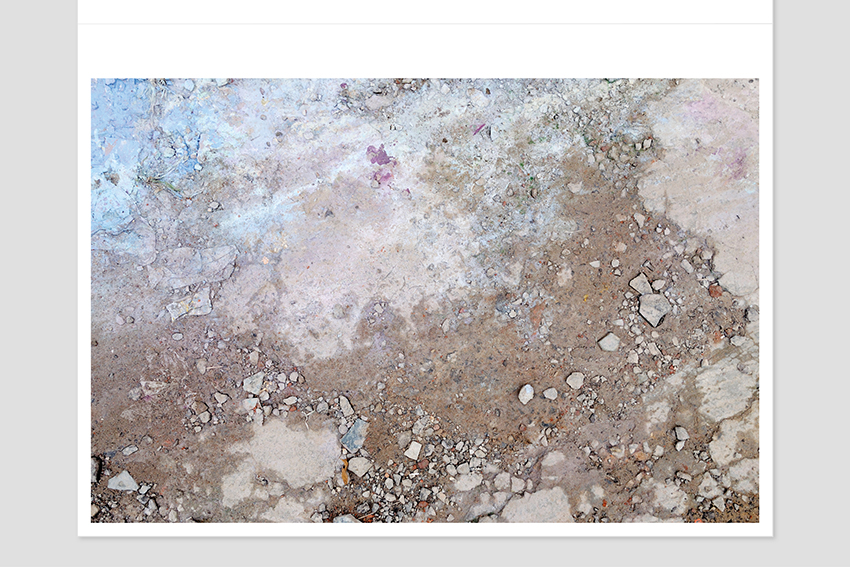 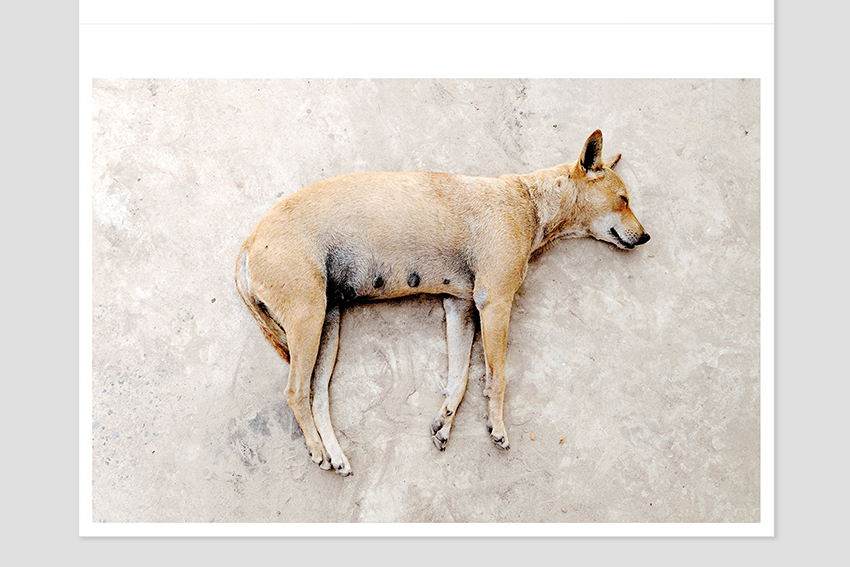 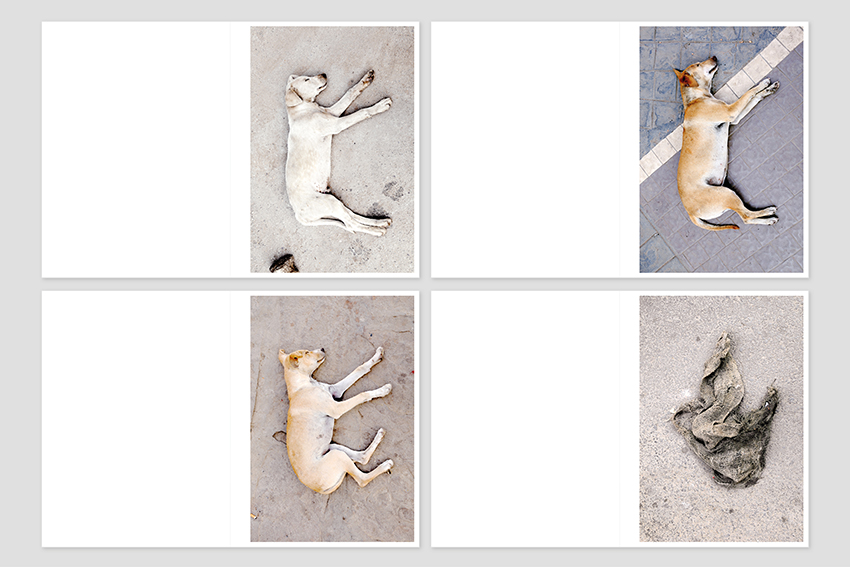 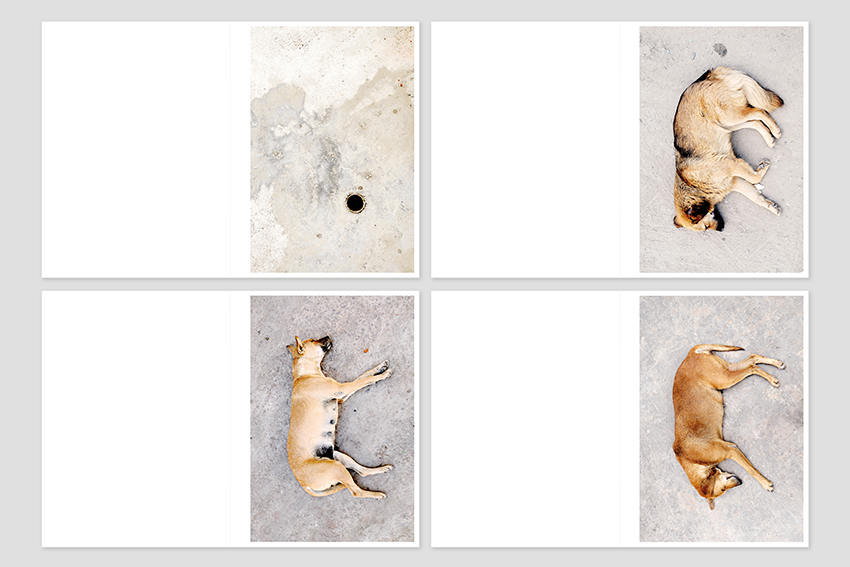 The photo seriesSleeping Beauties / Shadowswas made in various large cities in India between 2010 and 2017. The dogs in the series are strays, sometimes beautiful and healthy, others in poor physical condition, thinned and scared.

The dogs are sleeping and shown stretched out flat on the ground and photographed directly from above, centred in the frame. The silhouette of the body modifies the image so that the dog seems to float above the ground, detached from the surface, an effect which is intensified by poses which suggest walking, running or standing. The photographs simultaneously describe both motion and immobility.

In India and Tibet, strays are seen as reincarnations of passed monks.